Daria is a 17-year-old teenage girl. She is a sophomore in high school. The girl studies with an intention to pick medical studies at the university. She puts her focus on biology and chemistry. She lives in a small village and spends her free time playing with her two dogs – Saba and Rex. Saba is more of a parent’s dog that is older, and Rex is more of hers. He is one year old.

Daria doesn’t like working in groups. She used to like it but thinks that online learning during the pandemic changed her attitude towards school in general. She wishes to never come back to the usual form of face-to-face school. Thanks to the remote form of studying, she has much more time. The length of Covid could also be her reason for not being a big fan of working with others. Remote school doesn’t include much group work which makes her quite happy.

However, when group work indeed happens Daria involves herself in the group. She makes sure she is useful to others. The topic of work verifies her choice of having a specific role in the group. She prefers participating in the work than not.

She definitely feels better working with people that she already knows. She imagines that it would be best if she chose people to work with. If she knows those people, she knows what to expect from them, what the outcome can be and how a specific person can engage. Daria believes that it is simply easier to communicate in that sort of groups.

The girl likes advice when she doesn’t know something or makes mistakes. Then, she chooses someone that has knowledge on the topic. Daria is open for advice, tips. What she does with the advice depends on what the advice correlates to.

“I am open to advice, but what I will do with the advice depends on what it concerns”

She never dwells on how she feels when she asks for help. Usually, she asks teachers. According to her, they are bringing very satisfying answers. Other than that, she finds help in her parents and always receives it. If she knows that someone will help her, she feels good, relaxed. Daria doesn’t feel any fear or stress during that. If she were to ask strangers for help, she doesn’t know what she would expect.

The girl, when asked about her role models says that a year or two ago, she would mention Ewa Chodakowska (polish fitness guru). She used to be her inspiration in terms of diligence, respect towards one’s body and health. She says she likes Ewa. Nowadays, she believes her role model is she, herself. Daria works hard and that brings her inspiration for more work.

The girl is happy that before an interview she was really productive. She is proud of that. She is also proud of achieving more in raising her dog, Rex. Rex, because of the pandemic, isn’t well accustomed to other dogs. He wasn’t socialized much because of the restrictions. Recently, though, she made progress with that. The girl never felt as much helplessness as while raising Rex. New dog friends are a good sign to her, it leaves her with satisfaction.

“I feel good, although I always see something that I could improve and do better, on one hand it is good, on the other hand it is bad, quite tiring – the constant pursuit that lives only in my head”

When it comes to stuff that didn’t go well for Daria, she mentions not giving Rex enough attention at the beginning of having him. Her parents’ older dog Saba created a different portrayal of a dog for her. Saba didn’t need that much attention. Rex did need much more. On one hand, she regrets not giving him that at the begging, not engaging enough. On the other hand, she believes that taught her humility. Daria says it is like a premature motherhood lesson for her. It is a huge responsibility. Rex brought a lot to her life.

On top of that, she is not happy with working out. Recently she has slacked because of her studies but she knows working out brings her a brain reset and calms her down.

When she knows she is good at something, she feels very good, but also always feels like she could do even better at it. On one hand, Daria says it is good to feel it that way, but on the other hand, it can be very draining for her. She thinks it can be a positive advantage in some professions but a negative mental one.

Her strengths include confidence. Her awareness of being good at something, motivates her. Daria would love to use her strengths in the future – at a medical university or wherever she ends up and at a future job. She believes she would be a very good employee and would always properly complete her given tasks.

Daria likes solving problems when she knows she can actually solve them. If she is not sure enough, she likes exploring different schemes and ways of problem solving. She also likes that kind of exploration when she can’t see effects of her work.

Quite often, Daria disagrees with other in the political context, especially with her brother who has different political views. She says he is a very logical human being. He often is right and discusses a topic that he did not learn before. She is impressed by that but mentions she doesn’t have much patience for him and his different beliefs. Daria says it is hard to change her brother’s mind and sometimes even impossible. According to her “sometimes I have to just move on and live with that”.

“I cannot go forward and distance myself, looking from other people’s eyes is a problem for me, it may indicate that I do not like working in a group, and that I am an introvert”

Responsibility, to Daria, means awareness of the committed deeds and the outcomes of them. It also is a skill of thinking about other people and how they can feel in given moments while adapting our own behaviors.

The girl feels responsible for her dog. She feels like a mother which correlates with a lot of stress. She needs to control her emotions around her dog. Sometimes that doesn’t work out, but she believes it is a big lesson she can take with her to her future adult life. Once she has kids, she can be richer in those experiences and that will bring a lot for her and her future children.

The girl lives with her parents. They have a big influence on her life, she is dependent on them. Other than she is also in charge of having that kind of influence.

“I live with my parents, I think they have an impact on changes (in my life), I am dependent on them”

She is stubborn. In certain situations when she disagrees with her parents, she tries to fight for what she needs and wants. Although there have been situations in which she preferred to back up, knowing being too eager will cause more harm in future arguments. She believes her determination can sometimes cause discouragement on the other side. She never wants to overuse somebody’s patience but mentions it can be quite hard. Sometimes past lost arguments come back to her after time and create unwanted emotions that she hides inside and can become rude at times.

Daria has an influence on her education. She says she wasted time back in junior high school. That burdens her. She skipped classes, didn’t study. She doesn’t even remember why she acted that way, but a few situations were a turning point in her life. She didn’t get accepted to a high school she wanted to get in. Her last big test results were unsatisfactory. Those moments shook her, she decided high school is like a last calling for her to change that and take care of her future. Now that’s what she is trying to do in a best way she possibly can. 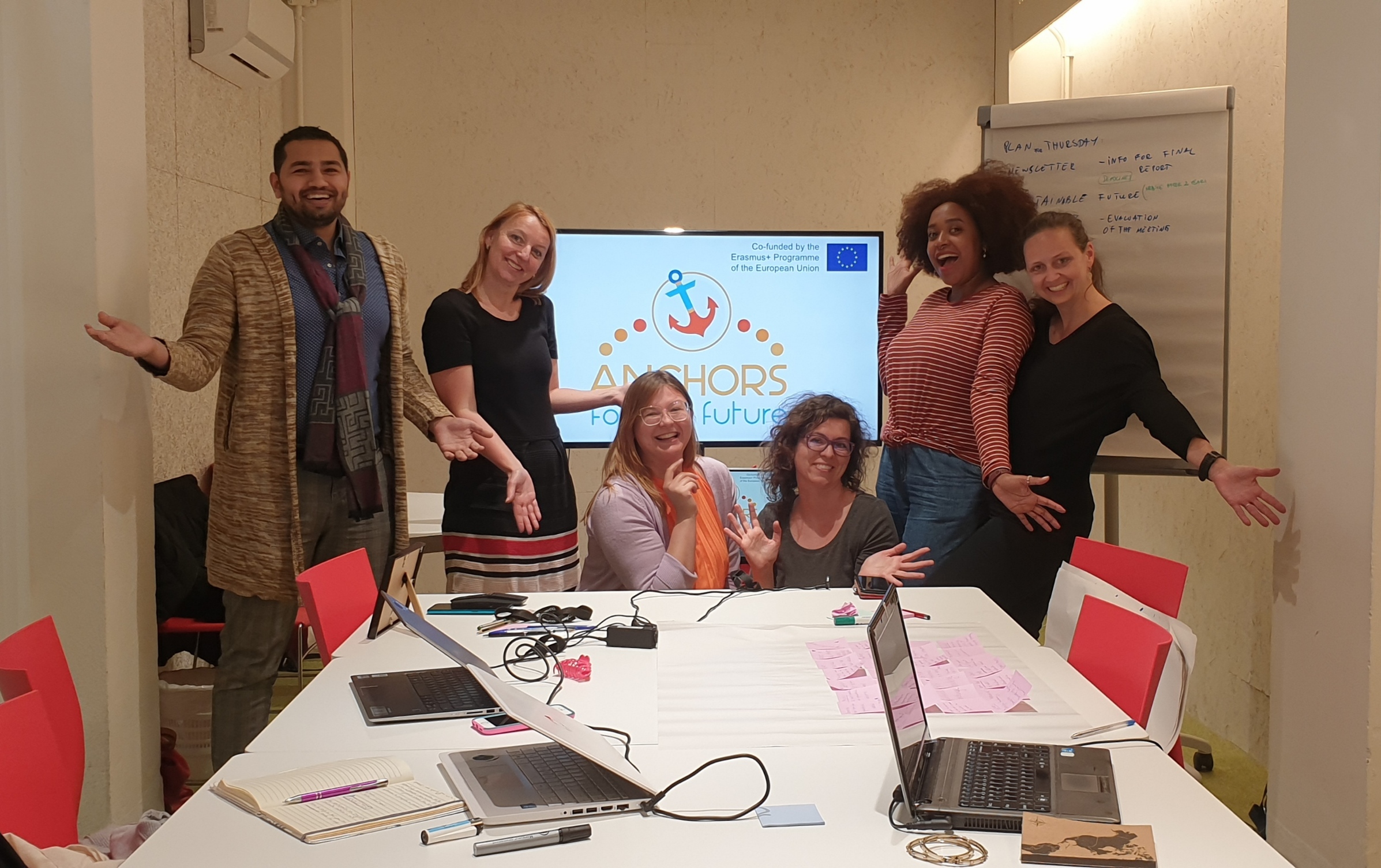 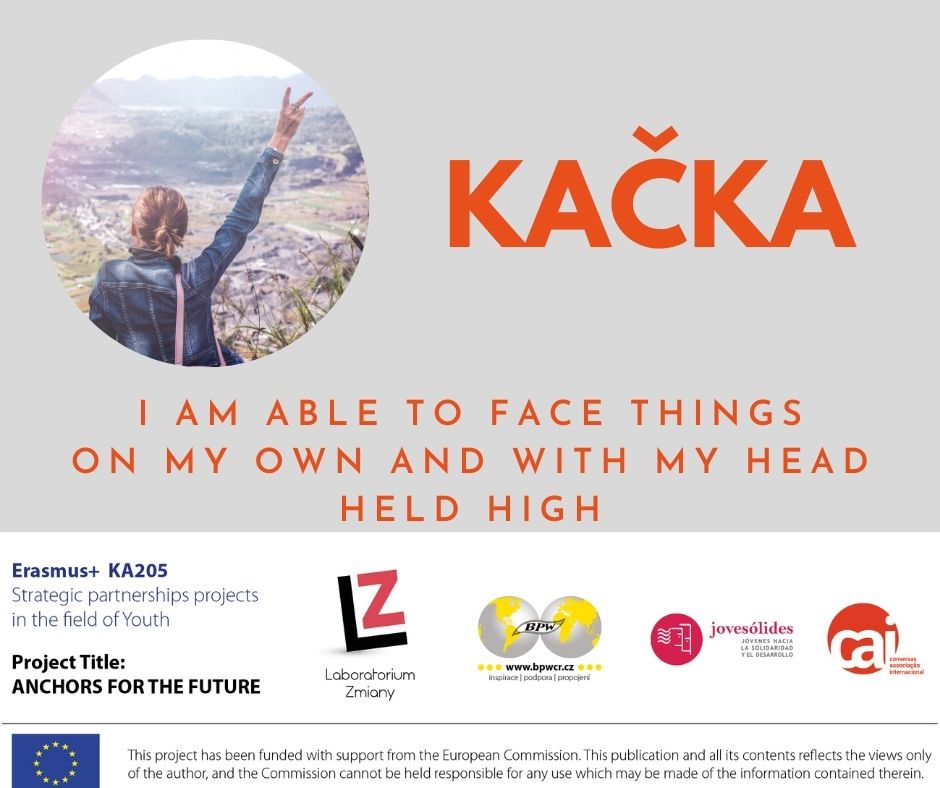 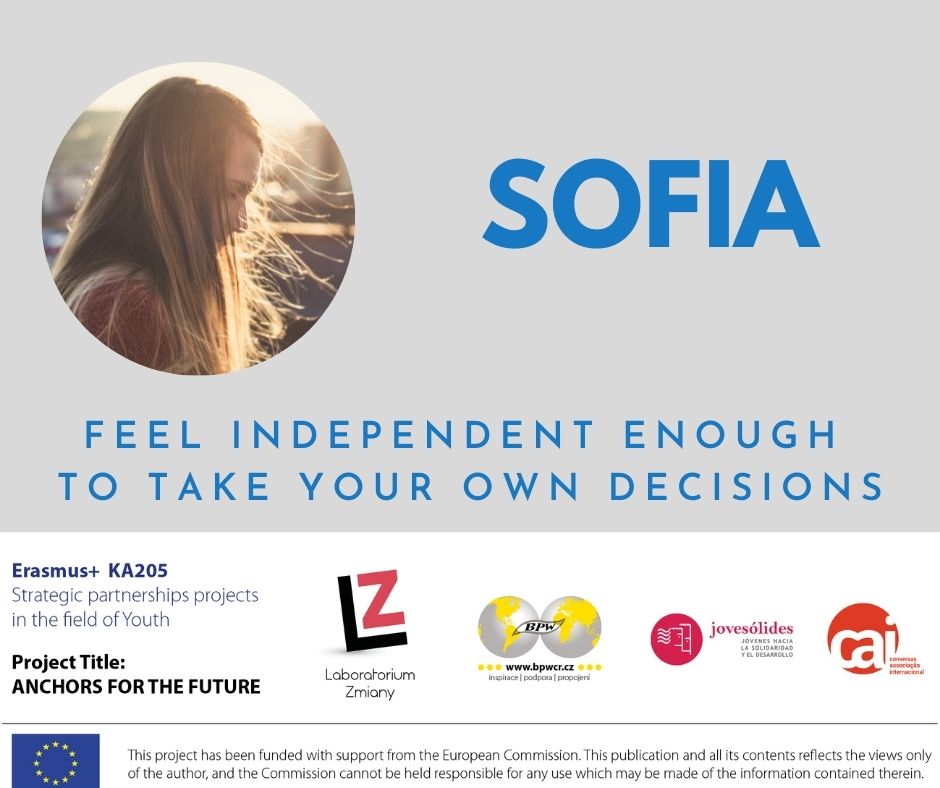